Blog Recipe Of The Week 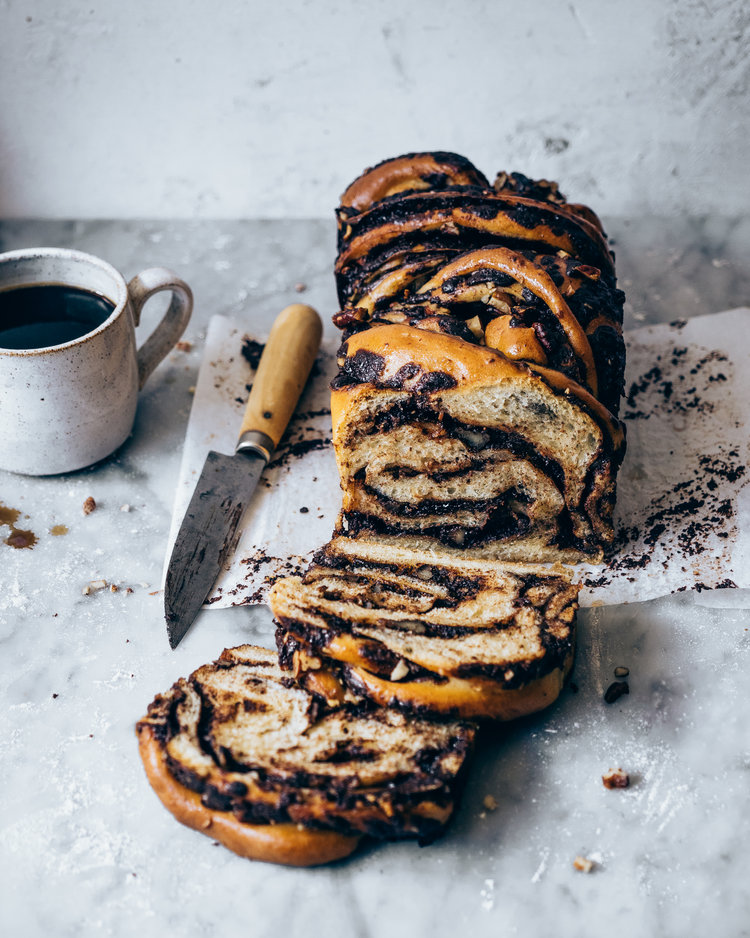 Babka is a delightful cross between bread and cake, sweet to taste and delicious as an afternoon treat. This recipe from The Boy Who Bakes makes a swirled loaf packed full of chocolate and nuts, which is then soaked in syrup. What’s not to like? Using an enriched dough like this one when making babka is advisable, as it prevents the loaf from drying out.

This recipe makes two loaves, leaving one spare to pop in the freezer ready to whip out when you have guests.

For the Babka Dough:

For the Chocolate Pistachio Filling:

To make the dough place the flour, yeast, salt and sugar in the bowl of an electric mixer and mix briefly together to combine. Pour in the milk and the eggs and, with the dough hook attached, mix together on low/medium speed for about 10-15 minutes or until the dough is no longer sticking to the sides of the bowl and is elastic. With the mixer still running, add the butter and mix until fully incorporated into the dough then continue mixing for a further 10-15 minutes or until elastic and no longer sticking to the bowl. Form the dough into a ball and place into a lightly oiled bowl, cover with clingfilm and refrigerate overnight.

In the morning start off by making the chocolate filling. Place all of the ingredients except the pistachios into a small saucepan and cook over low heat until fully melted and smooth. Be very careful, stirring constantly, to prevent the chocolate catching on the pan and burning. Set aside for 20 minutes to cool and thicken slightly.

Remove the dough from the fridge and divide into two equal sized pieces. On a lightly floured work surface roll out into a rectangle roughly 30x40cm. Spread half of the chocolate mixture all over the dough, leaving a small border around the outside. Roll the dough, along the long edge, into a tight spiral then using a very sharp knife cut through the middle, cutting the dough into two long pieces. Place one piece of dough over the second forming an x then braid together the two pieces of dough. Gently place the babka into a 9×4 loaf pan that has been lightly greased and lined with a strip of parchment paper. Cover the tin with clingfilm and set aside for about an hour and a half or until the dough has about doubled in size. Repeat with the second piece of dough.

Whilst the loaves are rising, preheat the oven to 180C (170C Fan). When risen, remove the clingfilm and bake for about 30-35 minutes or until the loaves are golden brown on top. Whilst the loaves bake, make the syrup by placing the sugar and water into a small saucepan and bringing to a simmer. Once the sugar has fully dissolved turn off the heat and set aside until needed. Once the babka has baked remove from the oven and brush liberally with the syrup (it will seem like a lot, but trust me and use it all!). Allow the loaves to cool fully before cutting into them, otherwise the bread will end up doughy and dense. If you are freezing one of the loaves, once cooled wrap in two layers of clingfilm and a layer of foil. When you come to defrost the loaf leave it at room temperature, still wrapped, for a few hours. This way as the babka defrosts, the condensation that forms ends up on the outside of the loaf and doesn’t effect the quality. Fresh from the oven the babka will keep for about three days. 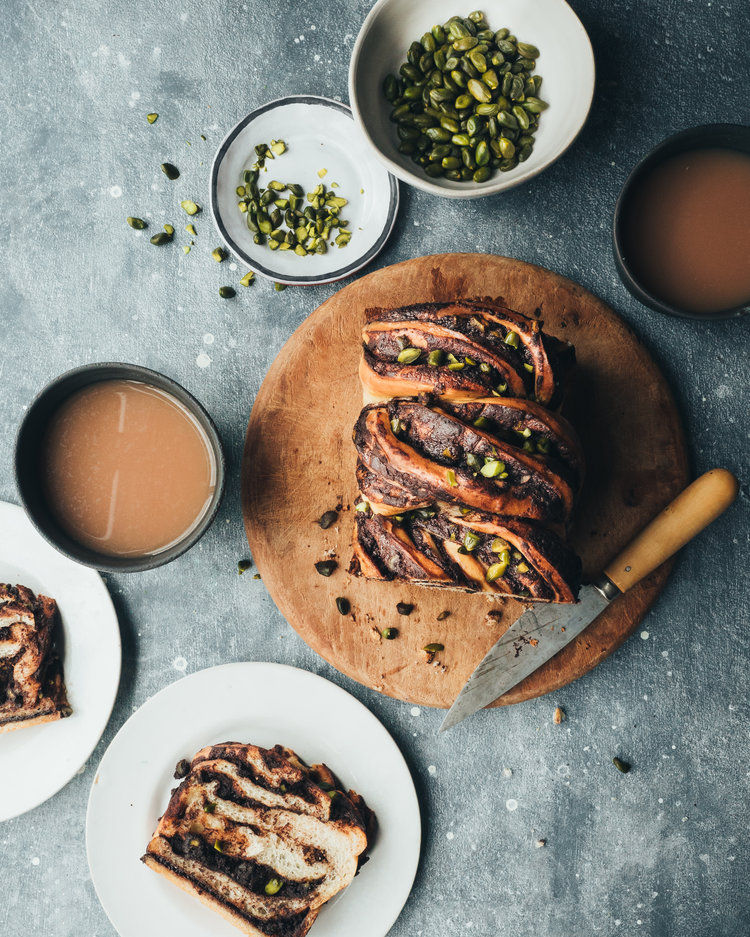